Posted on October 8, 2013 by REBGV
Posted in: Market Conditions , Vancouver

Home buyer and seller activity in the Greater Vancouver housing market continues to far outpace 2012, yet is in line with the region’s 10-year averages.

The Real Estate Board of Greater Vancouver (REBGV) reports that residential property sales in Greater Vancouver reached 2,483 on the Multiple Listing Service® (MLS®) in September 2013. This represents a 63.8 per cent increase compared to the 1,516 sales recorded in September 2012, and a 1.2 per cent decline compared to the 2,514 sales in August 2013.

“While sales are up considerably from last year, it’s important to note that September 2012 sales were among the lowest we’ve seen in nearly three decades,” Sandra Wyant, REBGV said. “Home sale and listing activity this September were in line with the 10-year average for the month.”

The sales-to-active-listings ratio currently sits at 15.4 per cent in Greater Vancouver.

“It’s important to remember that stronger sales activity does not necessarily equate to rising home prices. In fact, home prices have not fluctuated much in our market this year,” Wyant said.

The real estate industry is a key economic driver in British Columbia. In 2012, 25,032 homes changed ownership in the Board’s area generating $1.07 billion in economic spin-off activity and creating an estimated 7,125 jobs.  The total dollar value of residential sales transacted throughout the MLS® system in Greater Vancouver totalled $18.6 billion in 2012. The Real Estate Board of Greater Vancouver is an association representing more than 11,000 REALTORS® and their companies. The Board provides a variety of member services, including the Multiple Listing Service®. For more information on real estate, statistics, and buying or selling a home, contact a local REALTOR® or visit www.rebgv.org. 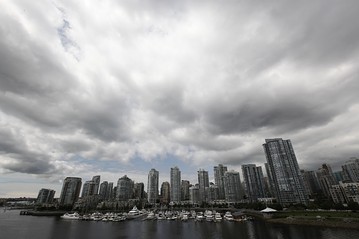