Home-Staging Tips: Scents and Songs May Snag You a Buyer 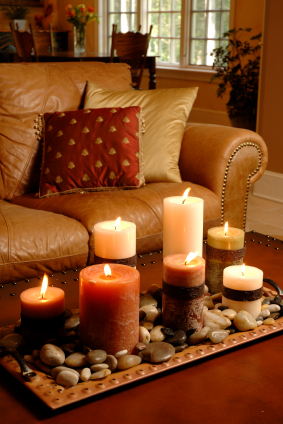 We’ve all done it: Baked cookies or lit a scented candle before dinner guests arrive. Maybe you even turned on some Frank Sinatra to set the mood.

But new research shows that while popular scents or songs may elicit positive emotions, they can distract from our ability to make decisions.

“If you’re trying to sell your home, having the wrong smell or music playing is worse than having none at all,” said Eric R. Spangenberg, dean for the College of Business at Washington State University and longtime professor specializing in environmental psychology. “There is a lot of cognitive processing involved in a home purchase. A 30-year mortgage is a big decision.”

Spangenberg has studied the effects of scents and music in retail environments since the late ’80s. His latest research, published in the Journal of Retailing, shows that what consumers hear and smell is a determining factor in how much time and money they spend.

“The [home] staging business should incorporate other senses,” he said. “The science of olfactory cues is not being used. People use intuition, but a lot of intuition is based on urban myths more than it’s based on science.”

Spangenberg has three key principles to help sellers use smells and songs to make their homes more marketable.

If you’ve ever cringed walking through the perfume aisle in a department store, it’s probably because your brain was on sensory overload. Spangenberg says when a smell is that powerful, it’s all you can think about … literally.

“You want scents to be on the edge of your perception — not centrally processed,” he explained. This leaves the central part of your brain to do what it does best: process the task at hand.

For a home buyer, the focus should be on deciding whether to buy a home, not trying to identify and sort out a powerful scent. To ensure this happens, Spangenberg says sellers should limit how much scent they infuse into a space.

Music follows the same principle. A song that is louder than you’re used to will detract from your ability to focus on anything else.

“Abercrombie & Fitch has a strong environmental psychological element to what they do,” Spangenberg said. “They don’t want me — a 50-year-old male — in their store. It’s too loud for me.”

Spangenberg’s research has shown that simple scents are most effective in influencing shopping behaviors. In fact, his study found consumers spent 31.8 percent more on average when a home-decor store had a simple orange scent instead of a complex blend of orange, basin and green tea.

“Our results suggest the more simple, the less distracting,” he said. It goes back to the idea of freeing up the decision-making part of the brain. For home selling, Spangenberg says a simple citrus scent would be a better choice than a blend of potpourri.

Moreover, in his 2011 music study, titled “It’s all in the mix: The interactive effect of music tempo and mode on in-store sales,” Spangenberg found that music in minor mode was significantly more effective when accompanied by a slow tempo.

“Our ability to perceive and process those two things (mode and tempo) is hardwired in human beings,” Spangenberg explained, recalling an experiment conducted at a Nordstrom department store.

“Popular music wasn’t effective at keeping people there,” he said. “The problem was the tempo was too fast, making people move faster through the store than we wanted them to.” As a result, Nordstrom often has a live pianist play slower music in its stores today.

No. 3: Keep it consistent

Finally, Spangenberg’s research suggests consistency or congruence is key. He advises home sellers to evaluate their environment, the season and their potential buyers.

“A wood-and-stone home should have scents congruent with that environment,” he said. “But in a home with no wood, you wouldn’t expect a pine scent.”

Spangenberg says that it’s this inconsistency — the fact that the smell doesn’t fit with its surroundings — that matters.

“If you walked down the spice aisle blindfolded and smelled cumin, you would think someone needs a shower,” he said.

At the same time, consistency with the season is important. For example, Spangenberg says you wouldn’t expect a spring scent during the winter or floral notes in a home with Christmas decorations.

He says inconsistency can take away from a potential buyer’s ability to think about purchasing a home. This includes gender preferences.

“If I am trying to sell a condo to a young, professional woman versus a man, I would use different scents,” Spangenberg explains. “It’s about doing what fits.”